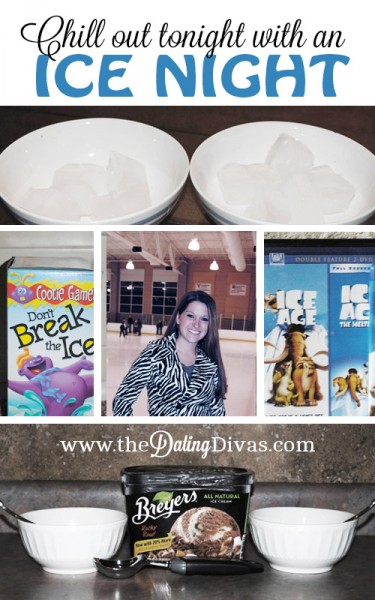 I was brainstorming late one night and I started  thinking about ice. Thats when I decided to create an “Ice Date” for my husband and I to go on. The next day I created an invite to the date, along with 6 clues that would take us through our night. The best part was that only part of our date was out of the house, while the rest of our date was at home. My dad would watch the kids while we went out and put them to bed before we got home, so we could continue our date when we got it home. 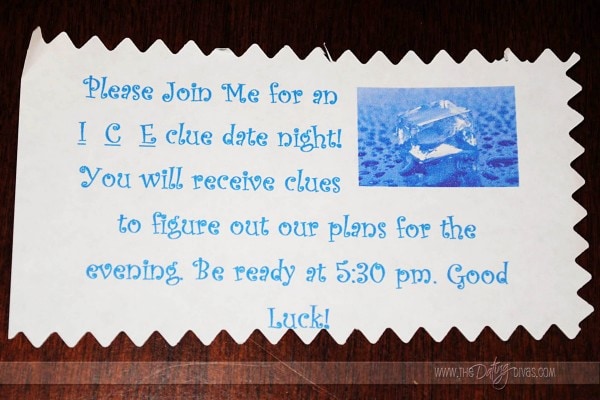 I left out the invite on the morning of our date. Brent asked me what it meant, and I simply told him that our date would consist of things having to do with ice. 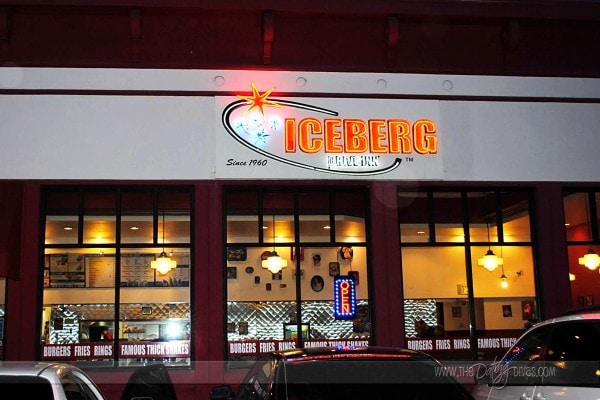 So that night I handed him the 1st clue which was a picture of ice and an iceberg. It took him a minute to figure it out. The only clue that I gave him was, that it was a restaurant. We never eat at Iceberg so it wasn’t one that jumped to his head. So we headed out for the first part of our date. We had a great time eating dinner and enjoyed the friendly atmosphere. 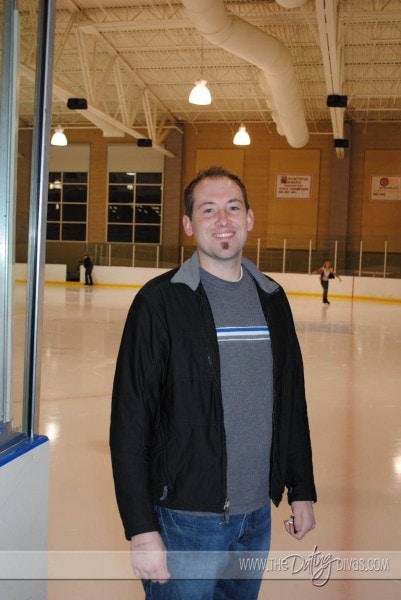 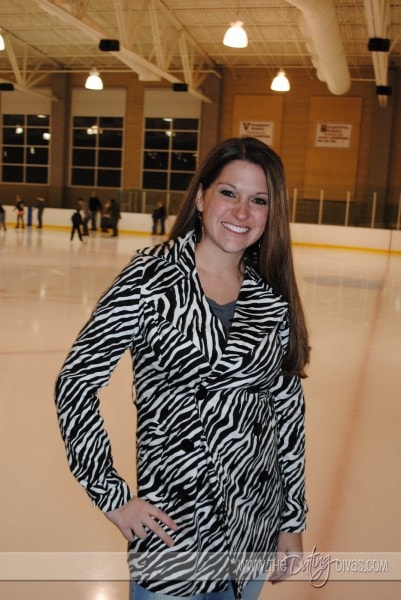 When we got into the car, I handed him the second clue. It was a picture of Ice and a skate. He got this one really quickly. He said Ice Skating and then immediately asked me where we were going to go. I told him the location as we both laughed because it has been years since we have gone ice skating together. It was a great evening because we laughed so hard together. Brent was so unsteady on the ice. He was barely staying up as we skated around and he almost fell numerous times. It was a great time but the best part was that we were really able to talk together. 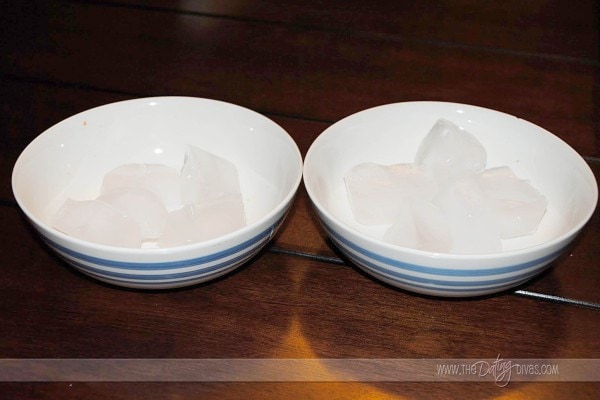 We ended up leaving early, since Brent had such a hard time and I gave him the third clue. It was a picture of ice and an army man. This was for Ice Wars. We used to have ice wars all the time when we were in college. So we went home and released my dad from babysitting and had an ice war. This is where we each get 5 ice cubes. The first person to get all ice cubes into the other persons shirt or pants wins. It is that simple but it is loads of fun. 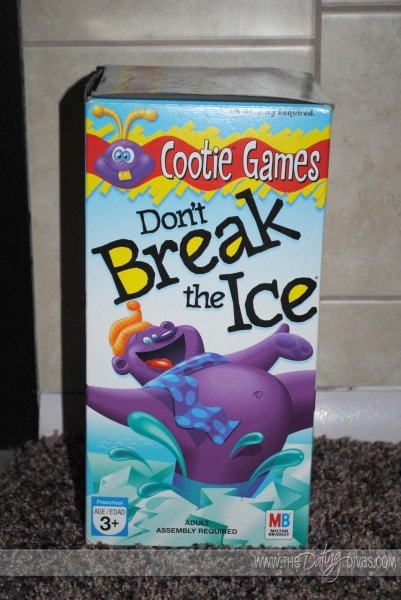 Afterwards I handed Brent the fourth clue which was a picture of a  board game and  of ice. It was for the game, “Don’t Break the Ice”. We already have this game and haven’t ever played it without the kids. If you dont have it, you can buy it for $6 at the local store. We played it once or twice and then moved on. 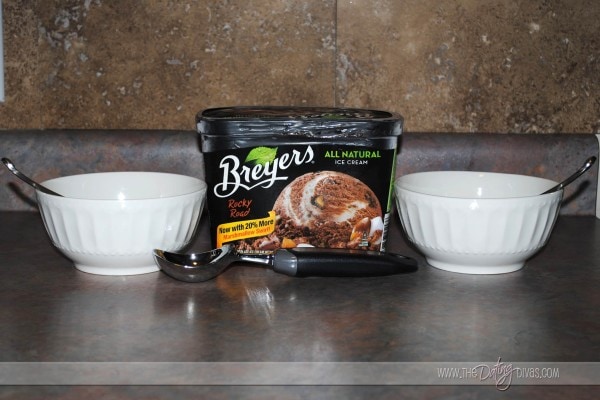 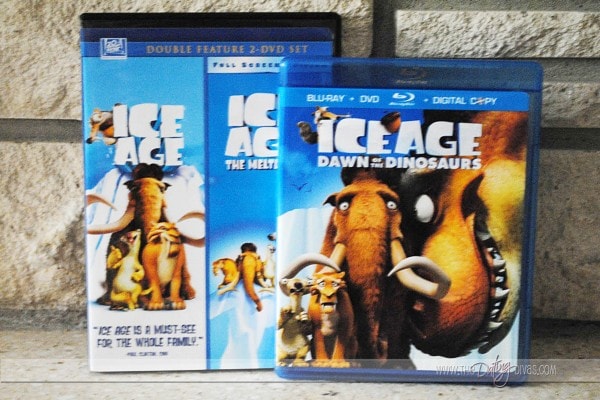 It was a great night, that my husband has thanked me for several times since we have gone. He loved how creative I was and told me he thought the date was really cute. What better reason to try this date! My husband never says things like this, but he is sure making me feel good.

When you sign up for The Divas great weekly ideas!
Your information will *never* be shared or sold to a 3rd party.
22shares