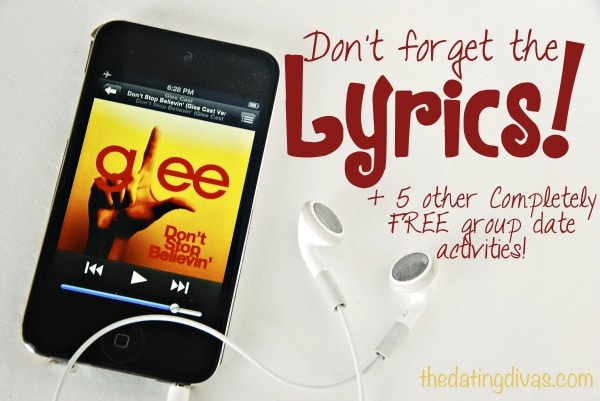 Musically inclined or always off tune – this group date or family fun night is noteworthy of your attention! The following musically-themed games are a perfect harmony of fun AND free! 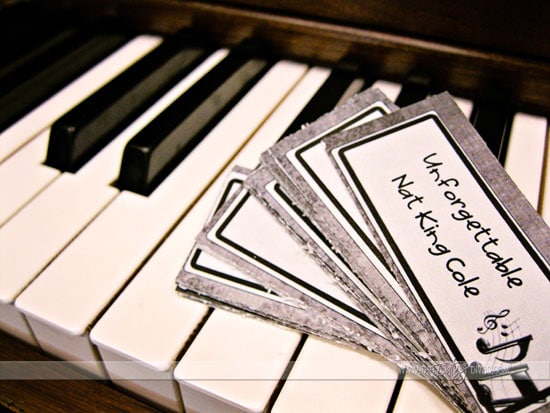 Print & cut out the individual cards (download at the bottom of the post!) and separate into 2 piles.

Game #2: This Is The Song That Never Ends

In this game, one member of a team starts to sing any song of their choice (for inspiration they may choose a song card – see above). After one line is sung, a member of the opposing team must start to sing an entirely different song that has at least one of the words from the previous song in it. The game repeats in this fashion.

Play continues until a team hesitates too long or cannot think of any additions. This game could possibly never end!

You might remember the popular game show “Don’t Forget the Lyrics” in which contestants sing along to a musical track with the lyrics written along the bottom. Somewhere along the song, the music stops, the lyrics disappear and it is up to the contestant to continue singing the song. If they get the lyrics correct – they win!

For an at home version of this game, I went to Youtube and searched “Best karaoke songs with lyrics” The search came up with everything from modern Lady Gaga to classic Louis Armstrong. Each team can choose their song from the page. Play the video and as the team sings along, the opposing team stops the music at any time. After the team continues to sing what they think comes next, play the remainder of the song and check to see if they got it right! 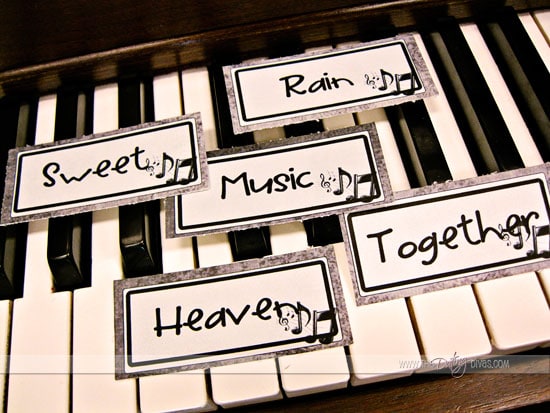 For this game, a word card is drawn. Whatever word is drawn, the first team sings a song that includes that word. The game then passes to the second team who sings a different song that contains the same word. The game passes back and forth until one of the teams is stumped and can no longer think of a song.

This game is the easiest of all. Open your iTunes, turn to youtube or pull out your old CDs and start to play any song of your choice. The first team to guess the song wins! Extra points if they can guess the artist or album!

In this game, one player from the team secretly chooses a song from an ipod or mp3 player-type device. Player places the earphones in their ears & plays the song so that only they can hear it. As the song plays, the selected player sings along to the song until their group guesses the title of the chosen song. Believe me – this is hilarious! This is what you sound like when you sing along to the radio! For a more traditional version of Karaoke you could always do the American Idol Karaoke Date. 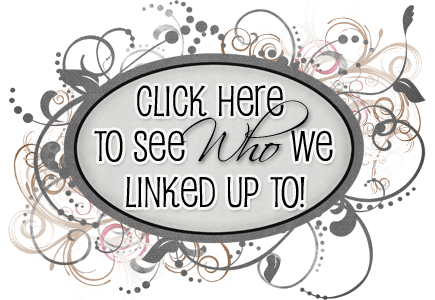 When you sign up for The Divas great weekly ideas!
Your information will *never* be shared or sold to a 3rd party.
153 shares