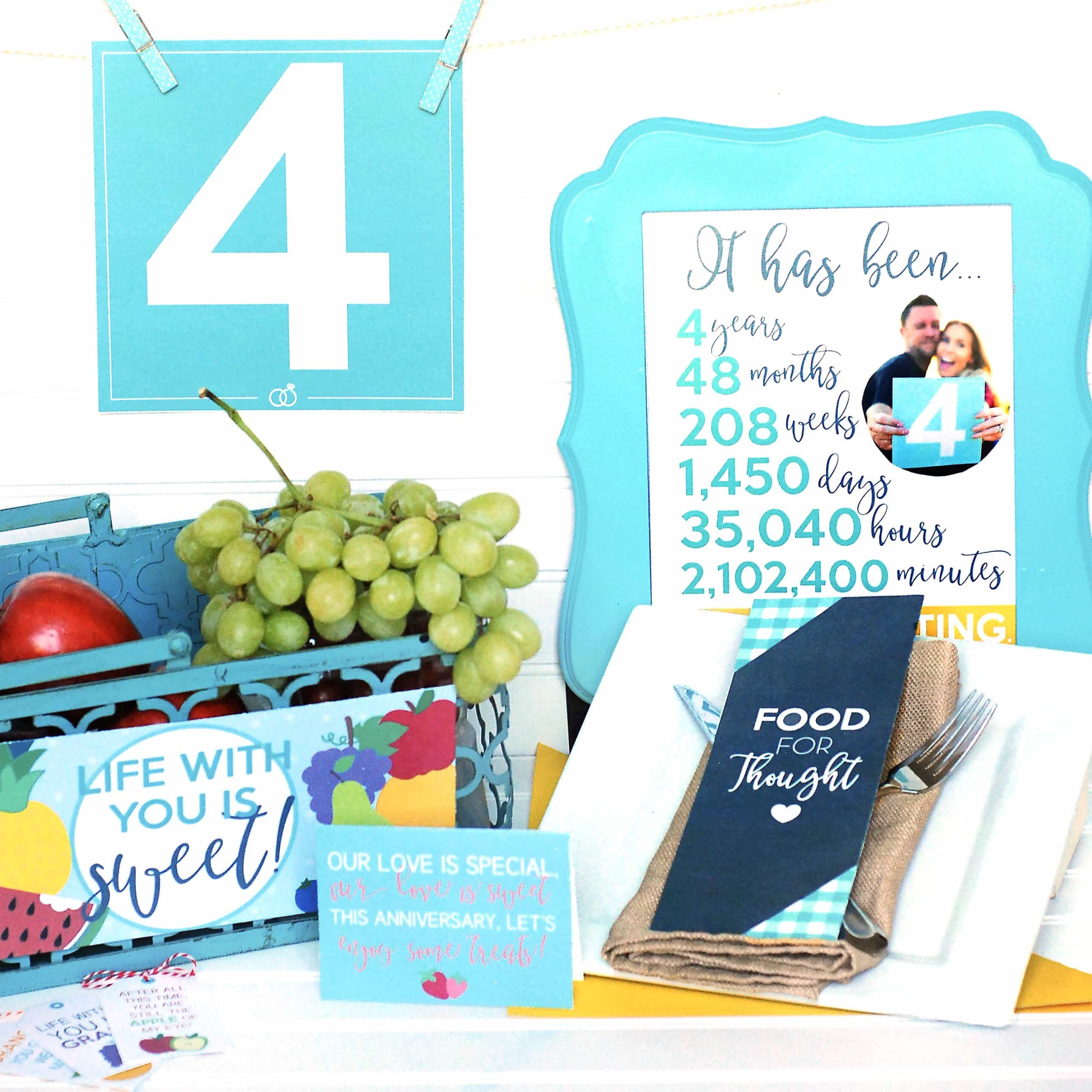 Congratulations on celebrating your fourth anniversary together! Every year that you have been married is worth celebrating, and an anniversary is the perfect chance to remember the day you committed to be each other’s partners through life! There is no question that completing your fourth year together is worthy of a celebration and a special gift, but what? No worries – we have got you covered! With these Fourth Anniversary gift ideas, we have 3 that are perfect for a fourth anniversary PLUS we have over a dozen links to additional gift ideas and suggestions for celebrating your special day!

Putting together an anniversary gift that is both personal and unique can be tricky! Spouses can be hard to shop for and sometimes you just want something more than a material gift. Well, an anniversary gift that is special is completely within reach! We have put together not one, not two but THREE uniquely special gift ideas to celebrate your anniversary. And with the talented skills of Courtney from Paperelli Design you know that these printables are going to be gorgeous! Courtney always creates the highest quality designs and makes your requests come to life! The kit includes:

With so many fabulous gift ideas – the hard part might be choosing one! But then again, you could choose the best gift idea for your relationship or you could just do all three! Check them out and decide for yourself: 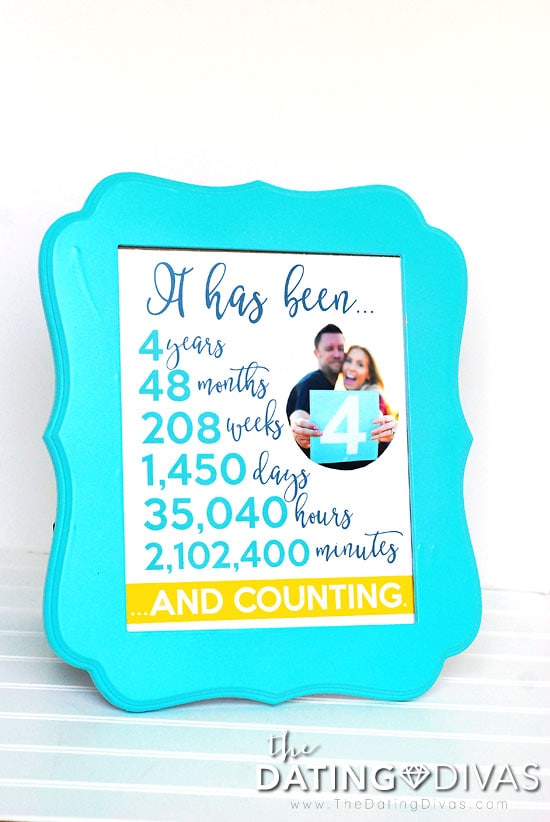 It’s traditional for the fourth anniversary gift to be centered around fruit! With that theme of fruit in mind, we created printable tags to attach to various fruits for a unique fruit basket! 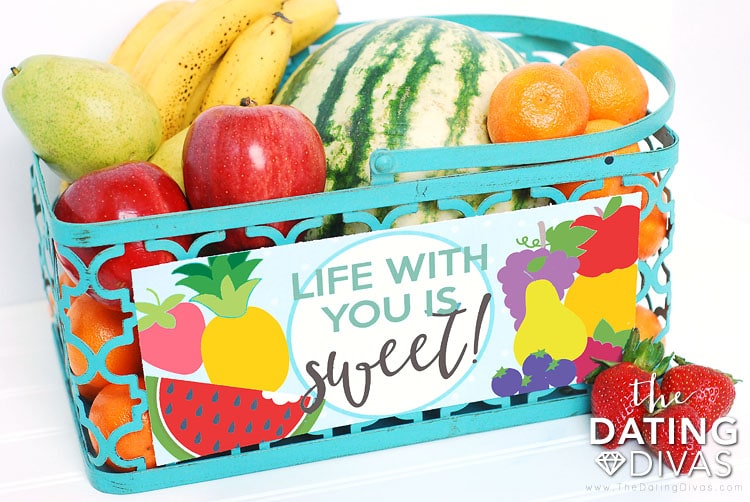 Gather together fruits and maybe even a little chocolate dipping sauce for a sweet picnic for two. We have printable notes to attach to the fruit, a basket label and even a card. It is a delicious way to celebrate a fruit-themed anniversary! 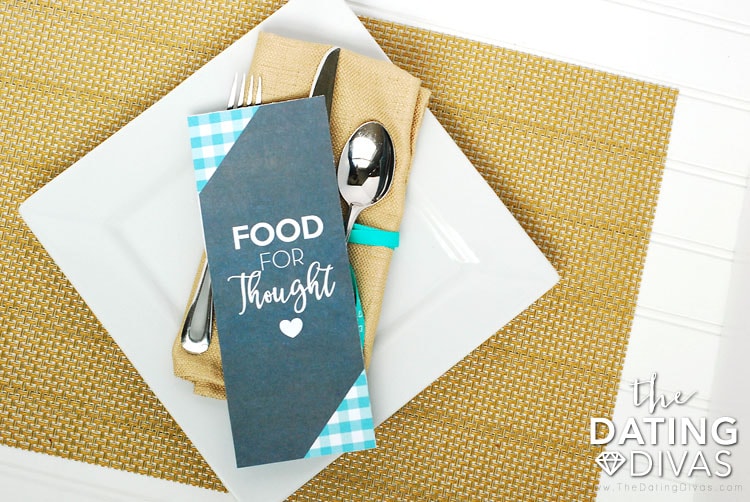 Celebrate four years of marriage with a FOUR course meal and make it a little more FOUR-mal! We have a printable invite and menu to help set everything up for you including an activity to help you reminisce over the years you were FOUR-tunate enough to be married. 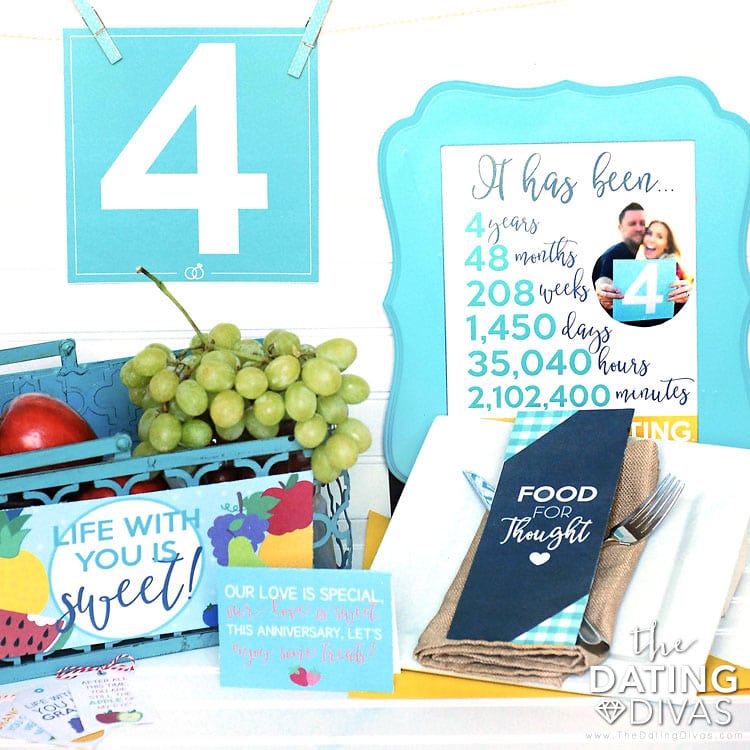 Loving this is idea, but past your fourth anniversary? Don’t worry- we have the first FIVE YEARS of marriage covered! 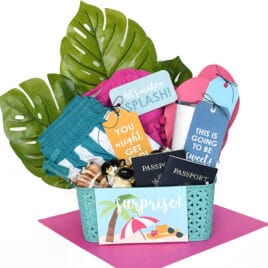 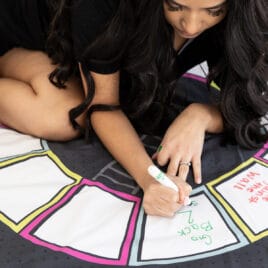 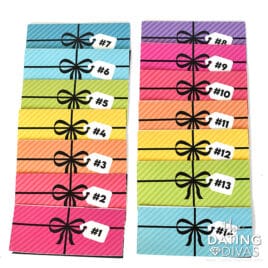